We were lucky enough to work on the start of the second leg of the Volvo Ocean Race. In a strong South Easter many boats joined in to wish the brave sailors on their way. Its funny how the Volvo Circus captured many peoples hearts and it was evident in the support shown on the day of their departure. 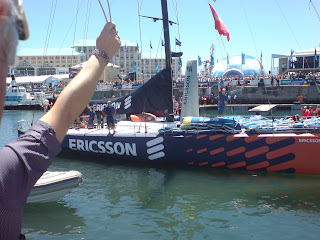 Eight awesome machines arrived in Cape Town some three weeks after leaving the port of Alicante in Spain. After roughly two weeks at the V&A Waterfront and transforming the harbour area into a giant workshop as well a hive of product showcases (thanks to PUMA, VOLVO, ERICSSON), action and well positioned branding, the show was about to hit the road. 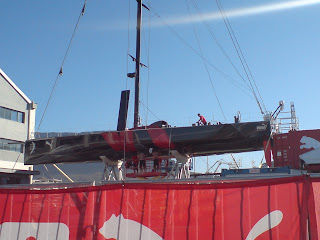 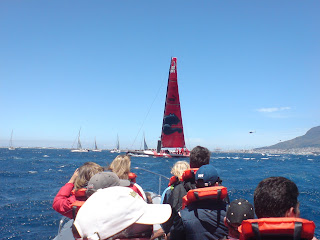 I’ll skip the history section about the event and cut straight to our adventure at sea. Joined by two crew and passengers from Cape Classic Charters we headed for the start line. I must stress that had i had eyes in the back of my head, it still would not have been enough to prepare me for maelstrom I had entered. 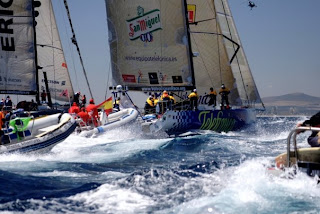 Buzzing every which way the Volvo boats tacking for position, private yachts, boats jet skis and paddle boarders all made it there mission to be part of the action. 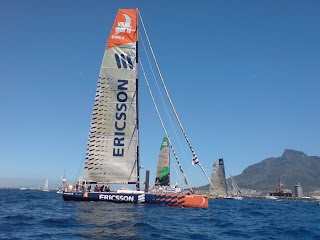 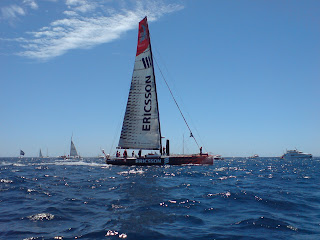 We followed Ericsson three for a bit then tagged the Puma boat and just before they left the Cape we said our goodbyes to the rest of the boats. 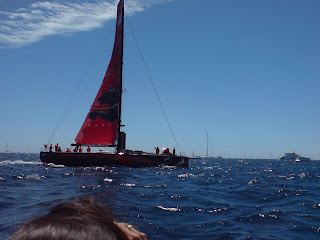 It was really a great experience and unlike last year we did not have to follow the boats miles off shore! A great day had by all!