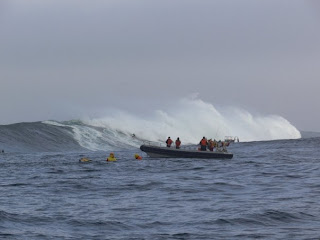 The Red Bull Big Wave Competition celebrated it tenth anniversary at Dungeons in Hout Bay South Africa. The waves were big, the sound of crashing waves thunderous but the skill of “special” kind of people out there (those doing the surfing) was amazing.
It was the first time being out there with the waves that big! Normally on our seal island runs you wouldn’t think twice about the wave but that day! OMG! They were truly impressive. Even more so with so much action going on, in and under the waves.
We were tasked with pleasing some photographers, which allowed us to get up close and personal to the surfers and the waves. Also VIP access to the after party….Schweet. and did i mention there was loads of RedBull?..Nice. 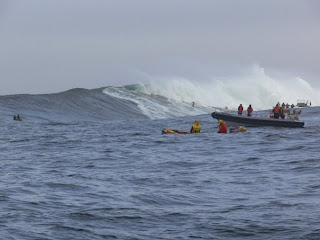 Luckily a fellow skipper (Rod Smith..thanks for pics) managed to get some pics of us doing our thing and more. Enjoy some pictures and our feeble attempt to get some big wave air of our own. 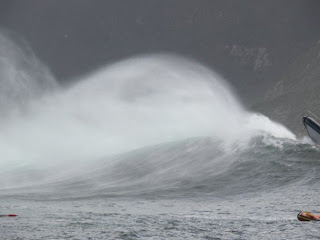 Yip that is us in the far righ corner of the picture…oh what a drop!